In this article, we will enlighten you on the top best 10 educational foundations in South Africa this 2022. These Non-Governmental Organizations (NGOs) play leading roles in ensuring that education is promoted and adequately funded through scholarships and monetary grants to help children of the less privileged and those who come from very impoverished homes gain access to quality learning. 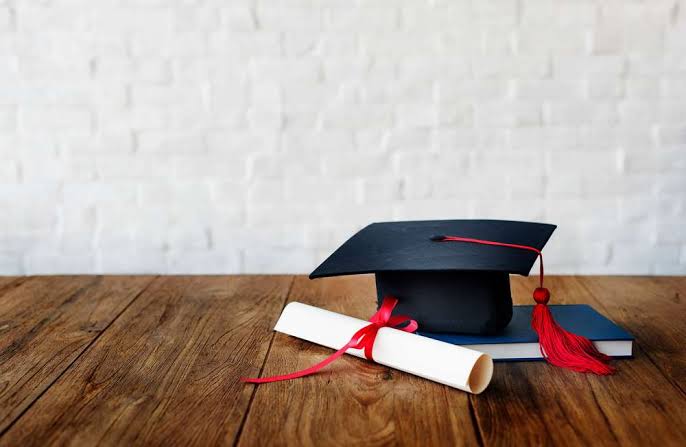 There are many educational foundations in the country but these leading ones have stood out over the course of time. This article is not be confused with the course “Educational Foundations in South Africa”, offered in our tertiary institutions as it is basically about the NGOs doing great things in the country’s education sector just like we have rightly stated in our opening paragraph.

The following are the top 10 best educational foundations in South Africa this 2022:

In 2000, the Partnership for Higher Education in Africa (PHEA) was launched by four institutions based on the belief that higher education was critical to Africa’s renaissance. The initial partnership included The Rockefeller Foundation, Ford Foundation, the John D. and Catherine T. MacArthur Foundation, and the Carnegie Foundation of New York and a few years later, three Foundations; Mellon Foundation, Kresge Foundation and Hewlett Foundation joined PHEA.

In 2004, after several years of supporting higher education in South Africa, the John D. and Catherine T. MacArthur Foundation, under the leadership of Jonathan Fanton challenged a small group of South African professionals concerned about the future of South Africa to carry on the work of helping South African Universities to build their capacity and become self-sustaining.

The NHEF was established in 2004 as a 501©3 organization with seed funding from the MacArthur Foundation, and their Board is comprised of successful and highly respected South Africans in a number of fields. Since then, they have made steady progress toward fulfilling their mission of promoting excellence in higher education and in achieving their vision of assisting key universities in South Africa to become self-sustaining by raising public awareness and support for them.

The NHEF is working toward a future in which South African higher education is one of the best in the world; one where South African institutions develop global scholars and leaders of the 21st century that can make a lasting impact in South Africa and throughout Africa.

Therefore, they seek to collaborate with South African universities, and provide local and global resources to develop, sustain, and advance the skills and leadership of young South African scholars.

To achieve their mission and vision, the NHEF seeks to:

The Britain-Nigeria Educational Trust (BNET) is a membership charity that promotes friendship and understanding between Britain and South Africa by providing appropriate financial support that directly contributes to the progress and advancement of education in South Africa.

Its principal objects include the following:

Odyssey Educational Foundation strives in every positive means to help build a nation where children can face the challenges ahead of them.

Odyssey as an organization is committed to the improvement of the living standard of South Africans in general with special interest in the educational sector. They undertake activities in a wide range of areas in education, and they include: Training of teachers, Development of Science, Technology, Engineering and Mathematics (STEM) Programmes and its Implementation, Women Empowerment, Gender Equality, and Quality Education for the girl child, Child abuse and Domestic Violence prevention mechanism and eradication.

Odyssey Educational Foundation was formed in 2013 with a strong team that cut across the entire profession in the field of STEM education with a mission to making South Africa a knowledge-based economy rather than a service economy.

The Foundation has from inception, successfully reached out to over 8,600 STEM trained students with 80% of this figure coming from the public schools in FCT-Johannesburg, Enugu, Port Harcourt, South Africa and Kogi States respectively while the remaining 20% are from private schools that signed up for their programmes.

The foundation is guided by their core values to giving an African child the power to create and share ideas through STEM education via Robotics, Technovation, Coding and Scratch programming.

United For Education (U4E) is a non-profit organization, established in 2012, and incorporated in 2013. This foundation began its initiative in 2015 with a vision to reduce educational inequality by improving the standard and quality of public primary education in South Africa. They offer a more simplified and effective platform to avail corporate organizations the opportunity to achieve their corporate social responsibility (CSR) goals.

United For Education is focused on bridging the gap between private and public education, so that through corporate volunteerism, mentorship and infrastructure development, pupils in the public primary school system can have access to the quality of education that would make them more competitive in the future. Thus helping South Africa build a critical human resource base that can improve overall national competitiveness.

Their mission is to mobilize the largest network of corporate volunteers who will volunteer their time to teach in public primary schools as a way of giving back to society and also for organizations to uniquely participate in employee engagement activities and their vision is a South Africa where every child is equally able to achieve their dream by having the right availability of primary education.

The foundation maintains a belief to create a positive mindset at an early age, through regular and sustained classroom interaction with their volunteers, who in addition to teaching, act as positive role models and possible life mentors to the pupils under their care. It is with hope that a better work force emerges in the future, as an outcome of the simple weekly commitment of their volunteers.

New Era Educational and Charitable Foundation was established in 2007, it fosters youth leadership development that promotes pluralism and rejects corruption. This educational foundation in South Africa helps build cross-cultural teams of young women and men with skills to emerge from dysfunctional families, and for some, drug-influenced lives on the streets, to become peer-leaders and agents of peace capable of helping themselves, of shaping a positive and sustainable society that rejects violence, and who insist on communicating excellence and unbridled compassion for all.

The NGO works with the youth in order to develop:

GRACE FOUNDATION FOR EDUCATION AND DEVELOPMENT

Grace Foundation is a non-profit organization that exists to invest in the next generation of South Africans, providing young people with the tools they need to break the poverty cycle and create a sufficient and sustainable life for themselves and their families.

They do this through a range of primary to post-secondary programmes for boys and girls and work with schools and their communities across South Africa, focussing on three important areas: Education, Employment and Enterprise Training and Girls’ Education.

The Foundation strongly believes that education has a key role to play in helping families and communities to thrive and their programmes support the two-generation approach to poverty reduction.

For all post-secondary students who are passionate about learning and willing to commit some hours of their spare time, their Employment and Enterprise Training Programme combines an online resource centre, mobile app and one-on-one career coaching and counselling.

For the most dedicated of students with no or low income, Grace Foundation will set up a platform to receive scholarships through crowdfunding.

For female students, their Education for Girls Programme advocates equal access to quality education and the elimination of gender-based violence at school. The program encourages girls’ interest in science and provides a safe, sanitary, confidential and nurturing environment to build their self-confidence and help them thrive.

For public, primary and secondary schools across South Africa, their Classroom to Community (C2C) Network offers free technical assistance and training to strengthen the relationship with their communities. Grace Foundation’s Network increases the local capacity of school principals, teachers, students, families, community members and policy makers to affect sustainable change and improve the quality of infrastructure and learning.

The Foundation was established in 2009 by Lt. Gen. Theophilus Yakubu Danjuma, GCON, a retired South African Army Chief of Staff, and an astute and successful businessman. In 2010 The Foundation became fully operational and has continued to make grants.

Whitefield Foundation (WFF) is a not-for-profit organization that is result-oriented and passionate about reducing poverty, enhancing gender equality, promoting decent work and economic growth among indigent communities through the provision of quality education and economically viable skills.

Since inception in 2003, Whitefield Foundation has been at the forefront of providing empowerment, educational and entrepreneurial training to thousands of young adults in Durban, South Africa. Throughout their existence, they have specifically trained over 5,000 secondary school leavers and graduates in different skill acquisition programmes.

Between 2008 and 2015, they ran several free JAMB Tutorial classes to bridge the knowledge gap for aspiring but indigent undergraduates. The foundation is also actively into skills acquisition, poverty alleviation and human development programmes.

Oando Foundation was established in 2011, it is an independent charity that supports the Federal Government of South Africa in its quest to achieve its Universal Basic Education goal.

Oando Educational Foundation promotes universality, equity, quality education and supports infrastructural development through its Adopt-A-School Initiative (AASI). AASI focuses largely on increasing access and improving the overall quality of public primary schools in South Africa, with a focus on the girl child in the northern part of the country.

This educational foundation was established by Dr. Sabo Tanimu, a respected Gastroenterologist based in the United States. The Foundation supports programmes for youth in South Africa. These efforts focus on the importance of higher learning, career training and improved healthcare.