The Tecno Spark 2 is the latest offering by Tecno in its “Spark” series which is one of the most selling series from the brand. An entry-level smartphone and the successor to the Tecno K7, Tecno Spark 2 was designed to compete in the budget category with the likes of Infinix Hot 6 and the Xiaomi Redmi 5A. The device packs several features we consider to be impressive considering its price.

Want to know the positive and negative sides of this smartphone? Keep reading to know the Tecno Spark 2 price in South Africa, the specs and our review of the phone. 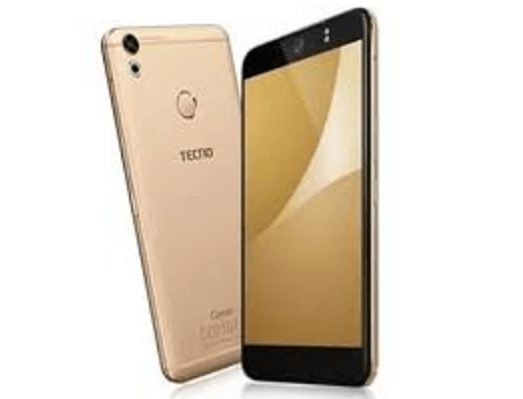 The 1GB RAM version the Tecno Spark 2 costs between R$1,188 and R$1,296 in South African stores, while the 2GB RAM version sells for R$1,224 to R$1,512. However, keep in mind that prices are subject to change based on factors like exchange rate, location, the period of purchase among others.

The Tecno Spark 2 has an elegant design which is contrary to the notion that Android Go devices should look cheap. A look at the smartphone out of the box reveals that its design is inspired by the Tecno Camon CM which we know to be thin, light and sturdy. It is 7.5mm thick and is constructed using plastic for obvious reasons. The choice of a plastic body helps keep the price of the phone affordable and also makes it sit comfortably in hands so it doesn’t slip when you hold it. The device comes with a case for additional protection of the body.

The design of the Tecno Spark 2 conforms to the norm of all phones we’ve seen during the year. For example, the 3.5mm headphone jack, USB port and a single speaker appear at the bottom of the device while the power and volume controls occupy the left side. On the right side, you will find the dual-SIM and memory card slots. Positioned on the rear of the phone are the rear camera and flashlight as well as the fingerprint sensor. The overall design and build of the Spark 2 is simple yet gorgeous.

The Tecno Spark 2 is available for purchase in three colour variants: Bordeaux Red, Midnight Black and Champagne Gold. Based on previous trends in sales of smartphones, chances are that the black variant of this device might sell out faster since many people love black colour.

The Tecno Spark 2 features a 6-inch HD + IPS LCD capacitive touchscreen with a screen resolution of 720 x 1440 pixels. With a density of 320 pixels per inch and 18:9 aspect ratio, the screen of this device offers an enjoyable experience while you consume the media. Although the Tecno Spark 2 doesn’t feature full HD resolution, we didn’t have issues with it as it gave a great output which we found to be satisfactory in light and dark situations.

Aside from the brightness which is okay for its price range, the colour reproduction, as well as the contrast of the display, was quite good also. We did notice that some content appeared saturated during use and you might notice this when taking pictures. However, we think the display is clear enough for consumption and the larger size is just perfect for people who love big, detailed screens.

Tecno has always produced smartphones with great battery life and the Spark 2 is not any different. The device is powered by a 3, 500mAh non-removable battery which is an improvement on the Tecno K7 and Tecno K9 that had 3,000mAh and 3,400mAh battery units respectively. A light user can make the most of the smartphone while outdoors on a single charge as the smartphone can deliver up to 11 hours talk time and over 20 hours on standby time. But if you’re a heavy user who spends lots of time browsing the web, gaming or watching movies, we recommend you go out with your charger as you might need to top your device up at least once.

Still on the charger, the Tecno Spark 2 doesn’t support fast charging which is a little disappointing. What this means is that you might need to stay away from your phone for 2-3 hours while it charges so you can achieve a full battery percentage.

The Tecno Spark 2 sports a 13MP shooter on the rear and an 8MP shooter for selfies. The cameras are supported by LED flashlights to help capture clearer shots in low light conditions. For the price, the cameras performed very well with the rear camera giving colourful shots without sacrificing the details.

The front camera also gave a high performance with its f/2.0 aperture which enabled us to take bright shots while blurring the background – a result that’s best for portrait photos. Tecno obviously outdid themselves in the camera department as we noticed how fast the camera loaded when we tapped on the icon. You can also tweak the camera settings or adjust the different modes to take the perfect shots you desire.

Underneath the surface, the device is run by a quad-core MediaTek MT6580 chipset which clocks at 1.3GHz. To support the chipset is the Android 8.1 Oreo Go Edition with HiOS 3.3 and 1GB or 2GB of RAM (depending on the variant you purchase.) We did notice that the chipset is the same that Tecno used for the Tecno K7 and K9 which is a model that’s no longer in vogue.

While the processor puts up a modest performance in managing power, it doesn’t do so well in handling what we threw at it. The device might work well in as much the applications on it are light until you install apps that are heavy which made the phone lag. In some cases, the apps were automatically closed with a notice that they suddenly stopped working. On this basis, we rate the performance of the processor to be average.

Aside from the fingerprint scanner, the Tecno Spark 2 also offers a face unlock feature as an alternative security option. The face ID responded quickly in different lighting conditions.

The Tecno Spark 2 was released for people are on a budget but want a smartphone that ticks all their boxes especially good battery life, amazing cameras and a large display

While the smartphone is not the most expensive budget phone out there, it’s not the cheapest either which makes it an ideal choice for people who have a decent spec list in mind. It doesn’t mean the device is flawless, but its positive sides are more evident as we have highlighted in this article. We suggest you try this device if you have limited funds to spend on smartphones.