The Tecno Camon 17 is an upgrade on the Camon 16. Tecno has served us quality with the smartphones in its Camon product line for a while. But the question is how much is this smartphone and what makes it special? Read on to find the answer to this question and several other details. 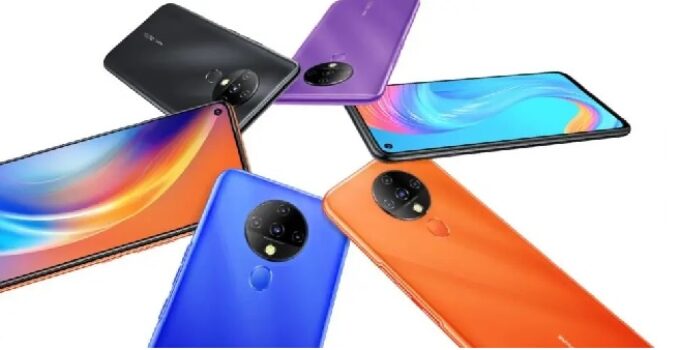 Tecno Camon 17 Specs at a Glance

As we mentioned above, the Camon 17 is an upgrade to the Camon 16. The question is, in what aspects did Tecno upgrade this device? Now that you know the price of the Tecno Camon 17, let’s discuss a few of its features.

A smartphone’s design is one of the most important aspects that smartphone companies work on when manufacturing phones. The reason is that this is what people see first before they even get to understand the functions of the smartphone. Tecno understands this and has come up with an amazing design for the Camon 17.

Let’s begin by looking at the rear of the device. The rear panel of this device has a plain color scheme. This is completely different from the gradient scheme that is evident in Camon 16. Tecno also presents its users with 3 different colors on the Camon 17. They are Tranquil Green, Deep Sea, and Frost Silver. Another thing worthy of note with the rear cover of this device is that it is made of plastic.

Now, to the front panel of the Tecno Camon 17. It is quite difficult to see the difference between the Camon 17 and its predecessor by looking at the front panel. Both devices share a striking resemblance. Just like what is obtainable in the Camon 16, this device also has a punch-hole camera sitting at the top-left corner.

Another difference between both devices is the size of the display. The display of the Camon 17 is a little smaller than its predecessor. It also offers a 90Hz refresh rate, the first smartphone in the Camon series to have this refresh rate.

Cameras are very important in smartphones these days because we are in an age of social media. You need clear pictures and videos to post on social media which can only be achieved with high-quality cameras. Thankfully, the Camon 17 comes with top-notch cameras. However, these cameras aren’t an upgrade to what you have in their predecessors. In fact, there is a drop in the megapixels of the main camera.

Asides from this, the cameras are all the same as those in the Camon 16. Despite the downgrade, the cameras still promise high-quality pictures and photos. Finally, this smartphone is also equipped with dual flashes behind.

While this smartphone features a downgrade in its camera, there is an upgrade in the software and hardware. This is necessary to improve its performance and make it better than its predecessor.

One of the first things that Tecno upgraded in this device is the chipset. This new device features a MediaTek Helio G85 chipset which is higher than the G70 in the Camon 16. Also, the device features two RAM variants, 4GB, and 6GB along with an internal memory of 128GB. With this memory space, you can have as many games, videos, and music files as you want.

When it comes to the software of this device, it runs on the latest Android 11. It performs on the HIOS 7.6 interface which sets it in the same class with other smartphones manufactured around the same time.

Battery life is a very important factor that determines whether a person will purchase a smartphone or not. The Tecno Camon 17 is equipped with a 5000mAh non-removable battery. This battery is the same as what you have in the Camon 16. With this battery, you are assured of at least 2 weeks standby time. It also promises you several hours of talk and game time.