When Tecno introduced its Camon series a few years back, they left virtually all their fans impressed with the amazing features packed in the yet affordable devices. Fast forward to 2018, and Tecno is here with the duo of Camon 11 and Camon 11 Pro.

As we all know, every smartphone manufacturer strives to make each new device an improvement over its predecessor. And Tecno has no doubt achieved that with its latest twin release — in less than a year after the company released the Camon CX and Camon CX Pro.

In this post, we’ll be revealing the selling price of the Tecno Camon 11 and Camon 11 Pro. And more importantly, we’ll be giving an in-depth review of the devices, so you can tell the differences between them and decide which of them you’d really want to pull out your credit card for. 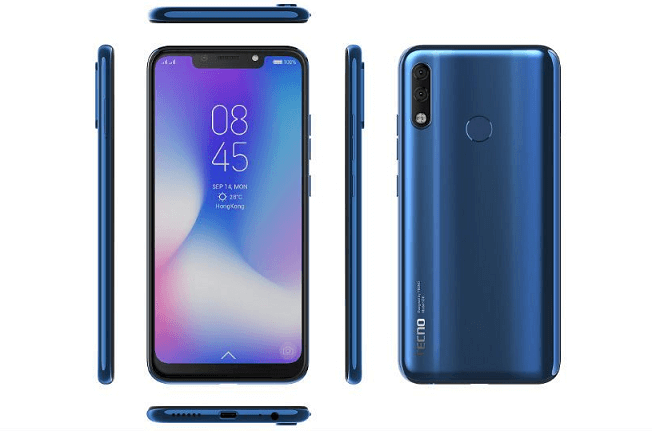 The Tecno Camon 11 presently sells for the following prices in South African online and offline stores:

Tecno Camon 11 vs. Camon 11 Pro: What are the differences?

Here are the major differences between the two devices:

At first glance, you won’t miss the new notch display sported by both the Camon 11 and Camon 11 Pro. This is actually the first time Tecno would be doing this on any of their smartphones. On the device, the notch extended what could have been a 6-inch display to a 6.2-inch display.

Around the devices’ display are thin bezels, but the part below the display is a bit fat. And that’s quite disappointing, but overall, it’s still an appreciable improvement over what obtained with their predecessors. In the notch above the display lie the single LED flash, earpiece, proximity sensor, and front-facing camera.

The devices have a glossy polycarbonate plastic back finish. And unlike the horizontal arrangements we saw in the Camon X and Camon X Pro, the rear cameras and flash are arranged vertically. Also on the rear surface of the devices are the Camon logo and the fingerprint sensor, which provides additional security.

On the right side of the devices lie the volume rockers and power button. On the left side lies the slot for the 3-in-1 tray that holds the 2 nano-SIMs and the memory card. On the bottom of the device are the speaker, micro USB port, microphone, and 3.5mm earphone jack. The top bears nothing — it’s just plain.

So, in terms of design, there are no differences between both devices.

As stated earlier, the Camon 11 sports a 6.2-inch notch display, which is a slight improvement over the Camon X’s 6-inch display. With a 19:9 aspect ratio, the Camon 11’s display packs a resolution of 720 x 1500 pixels (HD+) and a pixel density of 268 pixels-per-inch (ppi). The display is a capacitive IPS capacitive multitouch touchscreen with a 2.5D design.

For the Camon 11 Pro, fans would be rather disappointed at the display because Tecno downgraded from the FHD+ display sported by the Camon X Pro to an HD+ display with 1600 x 720 resolution. This happened because Mediatek only offers AI capabilities with the octa-core CPU in the Helio P22 chipset, and the device can only support HD+ full view display at the maximum.

Like the Camon 11, the Camon 11 Pro also beats its predecessor in the camera aspect. The device’s rear camera has been bumped up to a dual 16MP + 5MP camera, while the front-facing camera remains the same at 24MP. The camera also has better low-light performance — thanks to the new AI functionalities.

As one would expect, the camera quality on both devices is quite awesome.

The camera produces crisp pictures in low-light conditions by taking several images at once and combining them into a single shot. This results in more accurate processing of image details and elimination of blurred parts.

The AI functionality of the camera also enables it to adapt to shooting conditions and automatically recognize scenes. More interestingly, the camera can also choose the best parameters for your images based on surrounding light and other conditions.

The 2.3GHz octa-core processor in the Camon X has been stepped down to a 1.5 GHz quad-core Mediatek 6739 entry-level, dual 4G processor. The reason for this disappointing downgrade can only be explained by Tecno, but I guess it’s to keep the device affordable for the company’s fans.

One major reason many tech-savvy South Africans are yet to port to Tecno is the company’s consistent use of lower-quality MediaTek processors. For now, we’ll continue to wait for Tecno to switch to Snapdragon processor or their equivalents in quality.

Linked with the processor on either device is an ARM Mali-G71 MP2 GPU processor, which provides enhanced gaming graphics and overall experience.

More importantly, these memory credentials will get most of your stuff done easily. Also, with these, the device should be able to multitask effectively without any lags.

But if you’re a heavy gamer, you might want to consider the Camon 11 Pro, which comes with 6GB RAM and 64GB of in-built memory. Better yet, insist on getting the 4GB version of the Camon 11.

This is another aspect where I think Tecno really goofed. Fans would no doubt be expecting the device to run on Android 9.0 Pie, but they come with Android 8.1 Oreo. This means fans would have to wait until next year to see the first Tecno smartphone to run on Android Pie.

The Camon 11 will run its Android OS through Tecno’s custom OS, the HiOS version 4.1. With this, the device can automatically recognize your most frequently used apps and open them within 0.3s through your fingerprints. Interestingly, you can set different apps to open at the touch of your different fingers.

The Camon 11 is powered by a 3750mAh Lithium-polymer non-removable batter. So, if you’re the type who likes to pull out your battery once in a while just to feel good, this device would disappoint you.

Although, in the battery department, there’s no upgrade over the Camon X. But thanks to the lower-performance CPU embedded in the Camon 11, the device’s battery would last significantly longer than that of its predecessor.

According to Tecno, the Camon 11’s battery will deliver for one full day of moderate to fairly heavy use after a full charge.

Both devices rock a faster FaceID and fingerprint scanner.

The devices also come with a unique chatting experience with a 3D animated emoji feature that is quite similar, though not as advanced as, that obtainable with iPhones and the most recent Samsung devices.

Another interesting feature of the Camon 11 and Camon 11 Pro is the fingerprint call recording feature. With a single tap on the fingerprint sensor during a call, the device automatically starts to record your conversation. So, you don’t have to interrupt your calls just to start your recorder.

Camon 11 is available in 3 colors: Bordeaux red, aqua blue, and midnight black. Not so many options to choose from, but you should be able to make do with at least one of these colors.

The Camon 11 Pro, on the other hand, is available in an additional diamond fire color called the “nebula blue”, which looks awesome.

The Camon 11 and Camon 11 Pro are yet another pair of smartphones meant to give South Africans on a low budget access to virtually all possibilities on the Android platform. These devices aren’t anywhere near being the best in the smartphone market, but they pack impressive features and functions that are worth much more than their price.