To mark 10 years of releasing one of the most widely loved smartphone series and arguably the most anticipated every year, Samsung launched the Galaxy S10 in February 2019.

As anticipated, Samsung Galaxy S10 and its co-releases sport a gorgeous look and pack interesting features such as a unique new display called the “Infinity O” and an in-display fingerprint sensor. The devices are available in 128GB and 512GB in-built memory versions. So, it goes without saying that the Samsung Galaxy S10 and others in the new range would go for varying prices. 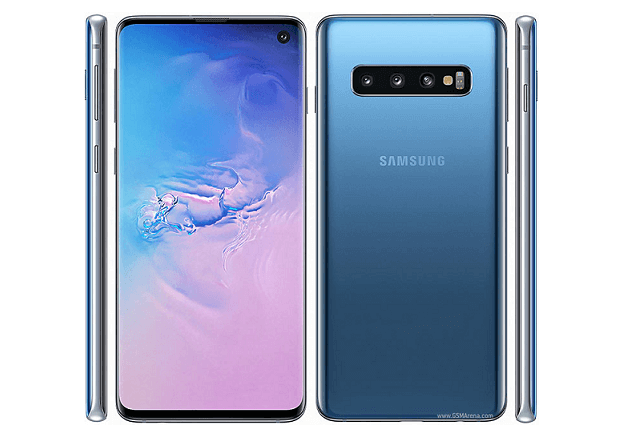 So, let’s dive right in…

At its price, we would always admit that the Samsung Galaxy S10 is rather expensive. But we strongly hope that it’s worth every extra ZAR that sets it apart from other devices in the market. 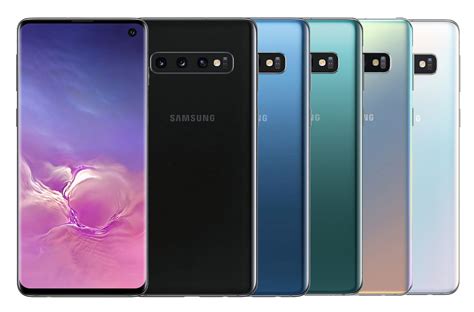 The Samsung Galaxy S10 proves itself worthy of dropping other smartphones for. It packs features that would convince any Samsung fan to go for an upgrade without further ado.

One of the device’s selling points is the 6.1-inch Infinity Display, which extends across the front surface of the device, leaving very tiny space for the bezels. The new Infinity-O screen feature is also worthy of note, as it squeezes the selfie camera into a small punch-hole at the top end of the screen. While this idea first came on the Honor View 20, Samsung has just officially made it a trend. Behind the bright and vibrant Super AMOLED display hide a number of important sensors.

Another unique upside of the Samsung Galaxy S10 is the on-screen ultrasonic fingerprint sensor. It’s adoption simply means you won’t find a visible fingerprint anywhere on the device — back or front. It’s invisible! On the back of the device is the rear-facing triple-lens camera. More on that to come later.

The Samsung Galaxy S10 packs interesting features such as a Wireless Powershare feature that allows you to charge another phone wirelessly (“Qi-charging”) using the back of the device. The device also comes with the new and faster WiFi 6 as well as HDR10+.

Samsung’s smartphones are widely reputed to be impressive and of top quality. And with the Samsung Galaxy S10, the Korean giants have held on to that reputation. The device’s display is an elegant 6.1-inch Super AMOLED with curved edges and pixels that spill over the sides of the device. Brightness has been optimized for better visibility outdoors, and there is superior contrast and color — thanks to HDR10+ support.

The new Infinity-O display screen design makes the display stand out. Rather than go for the notch-type design that we’ve seen in Apple and Huawei smartphones, Samsung rather opted for a laser-cut hole in the top right corner of the screen, which houses the selfie camera. With this innovation, there is slightly more screen real estate than what obtains with the iPhone XR, XS, or XS Max.

While the larger display might make you think the device would have undergone some visible expansion in the overall size, that’s not really true. The device measures just 149.9 x 70.4 x 7.8mm and weighs just 157g. While it’s slightly taller and wider than its predecessor, the Samsung Galaxy S9, it’s noticeably slimmer and lighter. The Samsung Galaxy S10 has a 93.1% screen-to-body ratio (its predecessor had 83.6%).

Tiny bezels outline the top and bottom of the Samsung Galaxy S10’s display, with the bottom bezel slightly bigger with a thin but noticeable “chin”.

The body of the Samsung Galaxy S10 comprises smooth glass sandwiching a thin aluminum frame. The back of the device comes in various colors, which include Canary Yellow, Flaming Pink, Prism White, Prism Black, Prism Green, and Prism Blue. Available colors would depend on region. For example, yellow and green colors won’t be made available in the US.

On the back of the device, you won’t miss the small camera bump, which houses the triple-lens camera. Although we are aware that Samsung’s reverse wireless charging system lies somewhere below the camera array, we saw no signs of it. So, it’s an “eye of faith” thing. The Wireless Powershare feature is easy to activate in the quick settings notifications shade. Place a friend’s phone or Samsung’s wireless earbuds on the lower third of the back of the Samsung Galaxy S10, and see the other device start to charge. Note, however, that this feature won’t work when the S10’s battery is below 30%. Quite understandable!

Another invisible feature of the Samsung Galaxy S10 is the on-screen ultrasonic fingerprint sensor, which employs Qualcomm-backed technology to produce accurate 3D fingerprint scans. Again, the scanner is around the lower third of the device — on the front, this time.

Along the bottom edge of the device lie the USB-C port and earphone jack.

It’s like Samsung is on a mission to render digital cameras obsolete with their smartphones. The Samsung Galaxy S10 comes with a triple-lens camera that comprises a 12MP regular lens, a 12MP optical zoom lens, and a 16MP ultra-wide lens. The camera, as one would expect, produces pictures that are clear and detailed in every aspect. And you can even blur the background even after the picture is taken. On the front lies a 10MP selfie camera, which has 2 auto-focuses.

The camera retained interesting features such as Scene Optimizer, which now includes 2 new categories. There’s also enhances AI, which makes the camera able to differentiate between a cat and a dog as well as fine-tune white balance and other parameters. Another new feature is the Shot Suggestions feature, which automatically levels your shots.

The video aspect of the camera is also impressive, as it has now been upgraded to offer Digital Video Stabilization and record in HDR10+. With the Samsung Galaxy S10, Samsung wants you to get everything that an action cam offers.

The device packs 8GB of RAM, which seems to be the new standard for high-end devices. That’s a 100% upgrade over the 4GB of RAM included in the Samsung Galaxy S9. Built-in memory is either 128GB or 512GB. There are no 64GB or 256GB versions. There also microSD support, though — for those who would like their device to house all the files in their life!

Aside from the wireless charging, which has been discussed earlier, the device comes with a 1P68 water resistance rating. The Samsung Galaxy S10 lacks the vapor chamber cooling feature, which would have made it perfect for gamers. While it can still handle the heaviest of games effectively, cooling might be an issue at some point. If you want the cooling feature, consider the Samsung Galaxy S10 Plus, instead.

Also onboard the Samsung Galaxy S10 is the WiFi 6, which is a nextgen feature that allows for seamless wireless transition between Wi-Fi routers. More importantly, it’s four times faster than the 802.11ax. Expect about 20% of speed boost, but you’ll need to buy a new router to enjoy this feature to the fullest.

The Samsung Galaxy S10 and its co-releases in 2019 all ship with the Android 9 Pie and One UI. This is Samsung’s replacement of its Experience Launcher and TouchWiz. While the differences in the user interface are noticeable, the design still reeks of Samsung.

With the UI on the Samsung Galaxy S10, Samsung seems to be focused on making their devices usable with one hand as much as possible. The UI has some iOS feel to it, and it includes AI features that help the device study your usage habits and make using the device easier and faster.

The Samsung Galaxy S10 is powered by a 3,400mAh battery — a 400mAh upgrade over the S9’s 3,000mAh. The upgrade is expectable, considering the display size upgrade. According to Samsung, the battery can last a full day with moderate to heavy usage.

In the aspect of charging speed, there seems to be no noticeable improvement over what obtained with the Samsung Galaxy S9. This is a minus for the Samsung Galaxy S10, considering that many phones now support USB-C PD or higher wattage chargers. But the manufacturers have made up for this with the adoption of the Wireless Powershare feature, which we’ve discussed earlier in this post.