If you’re reading this article, chances are that you’re interested in buying a smartphone but you want to know the Samsung Galaxy J5 price in South Africa and specs (for the 2017 model). The South Korean tech giant released the phone to maintain its game among competitors in the budget category at a time when its premium Galaxy S6 Edge and Galaxy S6 Edge Plus were theraveof the moment in 2015.

The tech company released a new version of the Samsung Galaxy J5 in 2017 with updated trending specs and features to make it appealing to its users. Keeping in touch with the many innovations in the tech world, the new version boasts of a more gorgeous design, fingerprint reader and an improved energy-efficient processor that can help you get more out of the battery juice. 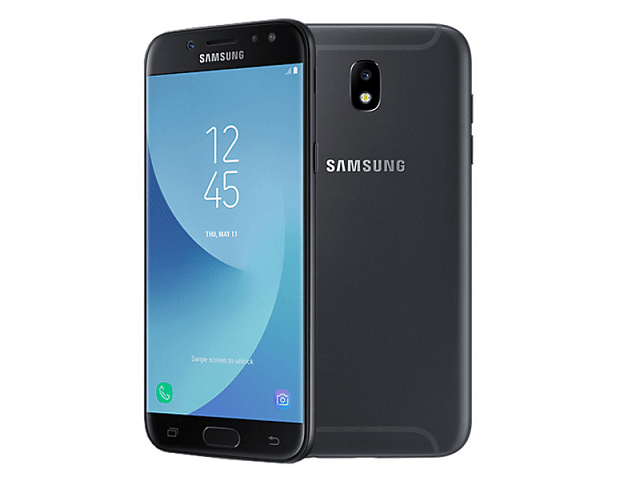 With its Galaxy J6 and J7 cousins, Samsung is presenting smartphones that can offer real value for money to people who want to own a device from the brand without breaking the bank. So, let’s dig deep and find out if the Samsun Galaxy J5 is a great deal and a formidable contender to smartphones from other brands.

However, prices may vary based on factors like RAM (2GB/3GB), version (ordinary or Pro), the period of purchase, currency exchange rates, location, and discounts among others. We recommend you compare prices at two or more stores to be sure you’re getting a great deal.

Note that the 2015 version of the device is still available in the market at cheaper prices. So, if you get an incredibly cheaper offer, check to be sure you’re not buying the older version.

A look at the Galaxy J5 from a distance will reveal it looks a lot like the Galaxy S5, especially its button placement and ovoid home button. Perhaps, the only feature that could give off the difference would be the front-facing flash. Although Samsung has a tradition of housing its cheaper smartphones in a plastic casing, you will be pleased to know that the Galaxy J5 comes in an attractive all-metal unibody design and also feels good in hands, giving you what you’d want: a flagship feel at a fraction of the price

The smartphone houses two SIM card slots, micro SD card slot and a battery unit at the rear. A chrome metal band runs around the edges of the phone on which you can find the volume buttons placed on the left side and the power on/off button on the right side. Owing to the right positioning of the buttons and the body dimension of the Galaxy J5, you can grip the smartphone with ease and also operate it with one hand since your thumb can reach any part of the display.

The Galaxy J5 comes in four colour variants of pink, blue black, white and gold. As you might expect, some colours (like black) may sell out faster than others while its scarce variants will have slightly higher prices.

The new version of the Galaxy J5 retains its HD resolution (1280 x 720) and a pixel density of 294 pixels per inch which was the standard way back in 2015. The HD resolution might be low for a 5-inches screen but what it lacks in detail, it makes up for in vibrancy. The smartphone sports an excellent Super AMOLED screen, making it a great option to consider at that price.

As usual with OLED, the contrast ratio is at 1:1, covering 88.5 percent of the sRGB colour gamut. Its close contender, Motorola’s Moto G5 Plus only managed 73.4 percent, which means you can get a display that shows off amazingly rich colours on the Galaxy J5 than on most mid-range smartphones. However, a drawback to the screen is that its brightness isn’t just bright enough, topping out at just under 300cd/m2. But you shouldn’t have a problem using the Galaxy J5 except you’re using it in direct sunlight.

Budget phones tend to use less-efficient CPUs, meaning that the battery performance can be a disadvantage. Nevertheless, the Samsung Galaxy J5 puts up a performance that’s slightly above average, no thanks to its dual-core Exynos 7870 and 2GB RAM.

To power the device is a 3, 000 mAh non-removable battery unit which is an improvement on the 2, 600 mAh of the original version. What’s more, tests on the smartphone show that the Galaxy J5 can deliver up to 18 hours away from the wall socket. Surprisingly, this means that the Galaxy J5 has more battery juice than even Samsung’s flagship Galaxy S8 that delivers only about 16 hours.

Are you a camera enthusiast? You should have no worries in that regards. Like its previous versions, the Samsung J5 maintains its 13-megapixels resolution for the rear camera and front-facing camera but with a different aperture bump to f/1.7. What this means is that you can capture better, clearer and more defined images than before. The camera can also capture images in low-light situations while daytime photos are detailed and colourful. On an overall camera basis, the smartphone also performs quite well with outstanding clarity.

When it comes to processor and performance, the Galaxy J5 doesn’t come short, especially when you take into consideration its price. Powered by a 1.2GHz quad-core Snapdragon 410 CPU and 2GB RAM, the smartphone can perform fairly smooth like many devices in 2018. If you’re looking to use many apps or play heavy games on your Galaxy J5, you might want to have a rethink as the device doesn’t have enough resources to handle heavy usage. Nevertheless, it performs up to expectations for a budget phone.

Aside from the key features discussed above, Samsung Galaxy J5 also has some unique features like Dual Messenger which allows you use two different accounts/profiles on the same phone. It also has a Game Launcher feature that allows you block calls while you play games so there are no interruptions.

Still thinking if the Samsung Galaxy J5 price in South Africa and specs is worth your attention? With a reputation for superb quality and durability built over time, it’s little wonder why Samsung enjoys huge sales in South Africa. The smartphone meets the key criteria for a great buy: great design for an attractive look, improved body build to feel more compact and good in hands, excellent battery life to keep you going all day and top-notch cameras to capture your finest moments. Overall, Samsung Galaxy J5 is a fantastic deal and is worth the price.

See Prices of Other Samsung Phones in South Africa