Samsung confirmed they had replaced their popular J Series with the A series early this year. This is one of the main reasons various versions and models of the A-Series have flooded the market in recent times. The Galaxy A30, one of the most popular in the A series, is rated among the best in its group and this post tells us why.

In this post, we will consider Galaxy A30’s core specifications, reviews and how much it goes for in the current market in South Africa. 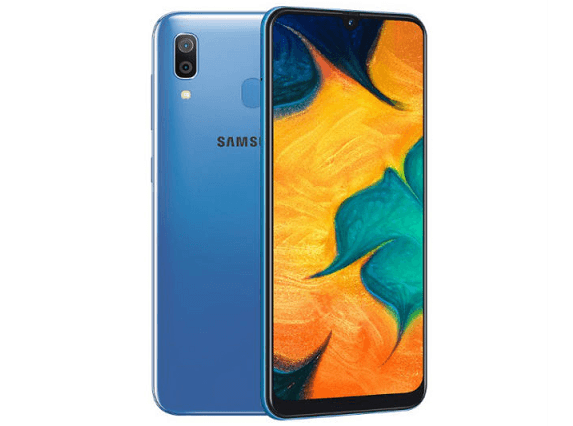 Price of Samsung Galaxy A30 in South Africa

Samsung Galaxy A30 can be purchased for anything between R$3,060 and R$4,140 in the current market. The variation in prices is largely because of the inconsistency in the currency exchange rate. In addition, factors like place and period of purchase also have an effect on the eventual prices the smartphone goes for.

Let us take a look at the features and specifications of the Samsung Galaxy A30.

Design is the one category Samsung has a matchless success in the mid-range smartphone market. The Samsung Galaxy A30 boasts similar build and design as the cheap Galaxy A20 smartphone. It features a polycarbonate design that comes with a glass-finish.

Just like some other A Series smartphones, the Galaxy A30 is delicate and can get scratched quite easily and hence requires to be sheltered with a phone case and a screen protector all the time. The rear camera module is placed is at the top left side and the fingerprint sensor comfortably rests in the middle.

Samsung Galaxy A30 has a large 6.4 inches of Super AMOLED display, which comes with 180 x 2340 pixels of screen resolution and about 84.9 percent screen-to-body ratio. The smartphone boasts an AMOLED screen, which makes the phone stand out in its category.

Like most other smartphones in the A Series category, Samsung Galaxy A30 features the company’s new One UI software, which is intended to all users operate the smartphone with just one hand regardless of the size. The smartphone also boasts an Exynos 7884 chipset that is boosted by 3 GB or 4 GB of RAM, depending on the model you are going for, and 32 GB or 64 GB of internal memory that can be expanded up to 1 TB with a dedicated microSD card slot.

Samsung Galaxy A30 features a dual camera setup with a 16 MP main sensor and a secondary 5 MP ultra- wide-angle lens. It is user-friendly and the only downside is that the HDR mode can be set in the settings features and not on the main interface.

Also, the camera is not as sharp, especially in low light. There are also different camera modes available including Pro, Photo, Video and Live Focus. They can be selected from the bottom bar while a toggle allows you to switch between the main and ultra wide-angle lens.

Galaxy A30 features a standard 4000 mAh battery. Samsung Galaxy A30 is a lovely smartphone which offers a really long-lasting battery life and decent general performance both in light and heavy usage.

Samsung Galaxy A30: Things You Will Like About The Smartphone

Samsung Galaxy A30: Things May Not Like About The Smartphone

See Prices of Other Samsung Devices