OnePlus is gradually becoming a popular name in the smartphone industry and it is quite easy to see why. With a lot of flagship smartphones to their names already, the brand looks to dominate the smartphone world in a few years. The OnePlus 5 and 5T are among the brand’s most popular products to date and are worth looking at.

In this post, we will consider the smartphones’ core specifications, reviews and how much they go for in the current market in South Africa. 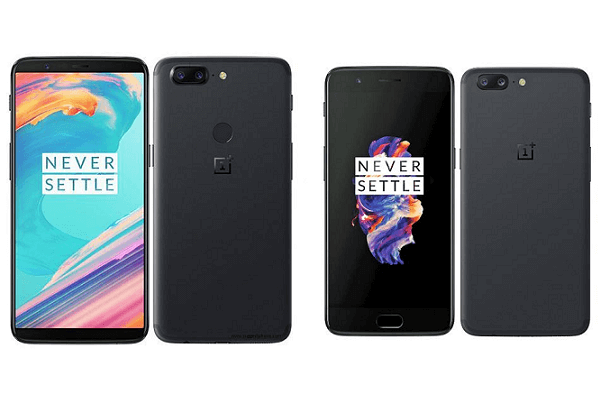 As it stands, OnePlus 5 can be purchased for R$3,600 – R$4,140 while the 5T goes for R$4,104 and R$4,500. The variation in prices can be attributed to some factors including the period of purchase, mode and place of purchase, currency exchange rate at the period. Also, prices of gadgets tend to increase towards the end of the year and during festive periods.

Apart from the latest OnePlus magic in the OnePlus 6, OnePlus 5 and 5T rate among the brand’s very best smartphones to date. In fact, you can comfortably rate them with the top smartphones in their category.

Here, we will consider at the similarities and differences between these spectacular smartphones.

There is not much to distinguish between the two smartphones when it comes to design. The smartphones feature full metal body, although there are some noticeable differences to the weight and dimensions.

The most obvious visual change for the OnePlus 5T is the location of the fingerprint scanner, which was moved to the back. The home button has also been removed to sit below the screen on the OnePlus 5.

Both phones also boast an AMOLED screen, just like the popular Samsung Galaxy S8 and latest Apple smartphones like the iPhone X. it is worth nothing that the OnePlus 5T has a super widescreen 18:9 aspect ratio which can be compared to those of Samsung’s latest products, while the OnePlus 5 has a more orthodox 16:9.

There is a slight upgrade in the main camera quality of the OnePlus 5T. There is a dual-lens 16 MP and an additional 20MP blend, just like on the OnePlus 5. While the OnePlus 5’s 20 MP secondary sensor has an f/2.6 aperture, the OnePlus 5T features f/1.7, which should increase its low light performance.

There are also some developments to the camera features for the OnePlus 5T. An instance is that you can use the fingerprint scanner to take pictures and as well navigate the app with gesture controls, which makes a one-handed operation cooler.

There is no difference in the battery aspect, as both smartphones have a 3, 300mAh and support fast charging but not wireless charging.

Both OnePlus 5 and 5T boast a commendable high-end Snapdragon 835 chipset and either 6GB or 8GB of RAM depending on the model you are going for. Also, both smartphones come with an option of 64GB or 128GB of storage, run Android Nougat and will be updated to the popular Android Oreo. There are some variances in their software though.

The lack of a home button on the OnePlus 5T largely indicates that the entire direction finding is done onscreen with gesture controls, and the brand has added some new features including the ability to duplicate your apps which means users can login to various social media accounts with more than one account at the same time.

See Prices of Other Phones