This post introduces one of their top mid-range phones released this year – The Nokia 4.2. here, we will consider the smartphone’s specifications and how much it goes for in the market today. 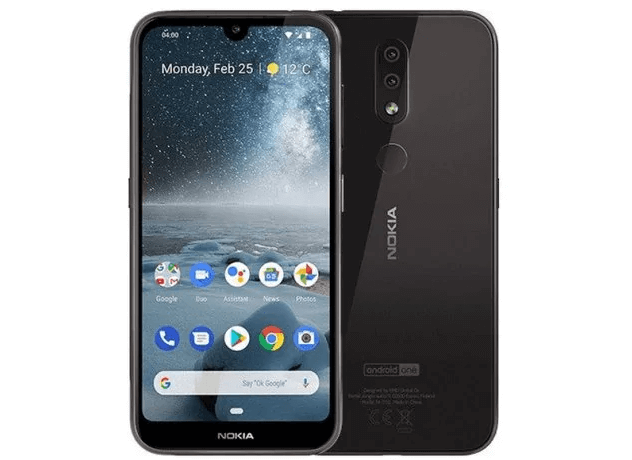 Price of Nokia 4.2 in South Africa

Nokia 4.2 remains one of the most popular Nokia’s mid-range smartphones released this year. The phone can be purchased for anything between ZAR$2,592 and ZAR$3,147 depending on the place of purchase. They are readily available in various smartphone stores and can be purchased online on popular e-commerce stores.

Let us take a deeper look at the features and specifications of the Nokia 4.2.

For the price it goes for, the Nokia 4.2 looks and feels lovely. It boasts a plastic body and s sense of firmness and an admirable lack of screech and flex to the design. It is a compact phone at 148.95 x 71.3 x 8.39mm dimension, and you would not have much to complain about with its weight of 161g. The fingerprint scanner is well seated around the rear, which is under the main camera module.

The Nokia 4.2’s display is probably not the best news about the smartphone. It features an inconspicuous teardrop notch for the selfie camera. The bottom edge of the smartphone has a noticeable chin, something most users don’t appreciate. More The quality of the screen itself is more of a disappointment. It manages a 5.71-inch LCD with an HD+ 720 x 1520 resolution and a 19:9 aspect ratio.

You wouldn’t expect so much from a min-range Nokia smartphone in terms of camera quality. This time, Nokia 4.2features a fair dual camera setup with 13-megapixel main camera that is supported by a 2-megapixel depth sensor. Seated in front of the phone is an 8 MP front shooter for selfie. While the results are not spectacular, they are fair enough for the price it goes for.

Battery capacity is one of the core specs to consider when buying a smartphone but Nokia 4.2 is rather underwhelming here. One would expect a phone with such display resolution and low-powered processor to at least boast a great battery capacity. While the 3,000mAh battery is not vast by contemporary standards, it is big enough given the phone’s limited spec and performance.

Nokia 4.2 features the Qualcomm SDM439 Snapdragon 439 (12 nm) chip. It runs on the latest Android Pie Operating System and is boosted by 2 GB or 3 GB of RAM, depending on the model you are going with and equivalent 16 GB and 32 GB of internal memory that can be expanded up to 400 GB with a dedicated microSD card slot.

Nice design and build quality: This is probably the first thing you’d notice about the smartphone. Its sharp glass-and-polycarbonate design only makes it more attractive and for the price t goes for, you can only appreciate Nokia for such creativity and absolute beauty.

Pocket Friendly: As much as this point is debatable, it stakes its claims among our list of things you should love about the smartphone. Considering the spec and features, the Nokia 4.2 should be considered relatively cheap especially when compared to some other smartphones that boast similar features.

Decent Camera for the price: This may not be a Nokia masterpiece in terms of smartphones but it manages a standard camera that should be applauded, given the price it goes for. It features a dual camera setup of 13 MP main camera with f/2.2, 1/3″, 1.12µm, PDAF and a secondary 2 MP for depth sensor.

Not-so-impressive Performance: This is very strange coming from a Nokia product. The performance is strangely slow and can be frustrating. Despite its relatively fair RAM size, the performance is not as responsive and you might find it a tad difficult opening many apps at the same time. This surely is not the best return for Nokia in terms of smartphone performance.

Underwhelming Display: if you desire a md-range smartphone that boasts a wide screen and user-friendly in terms of display and sharpness, you might need to look away from Nokia 4.2. Its 720 x 1520 pixels display resolution might not be the best for smartphone games and not very multimedia friendly.