Apple released the iPhone XS at a period they needed to show the world their consistency in bringing excellence to the smartphone world and why they have dominated the mobile market in recent times. Perfect timing you’d say. With the likes of Samsung constantly dropping breath-taking high tech mobile phones, Apple needed to make a statement and the iPhone XS a perfect response.

Although some consider iPhone XS one of the most iterative Apple products of all time, given the little difference between the smartphone and its preceding version iPhone X, the phone still rates among the very best in 2018. Although there are reasonable upgrades in a few of the features when compared with iPhone X, there is not much difference in the design.

iPhone XS sits among the latest mobile trio released by Apple in 2018. While it shares some similar design with iPhone X, its bigger version, the iPhone XS Max, offers a much bigger display, although they relatively share a similar design. 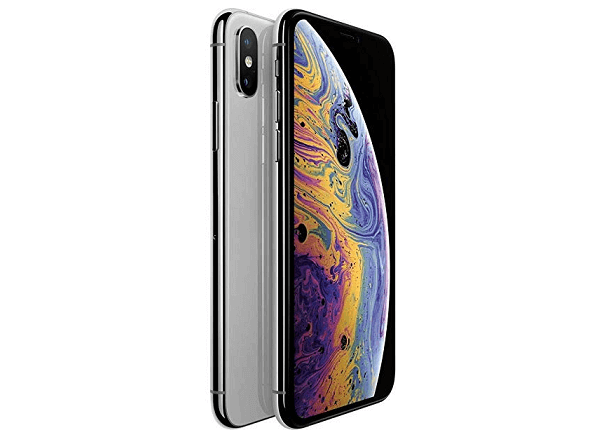 Despite the price being on the high side, the introduction of this mobile masterpiece has been embraced by lots of Apple fans all over the world. The phone not only proved Apple as one of the very best smartphone brands in the world, but it also raised the standards for other top mobile brands to follow.

Let us take a look at this masterpiece. We will consider its core specifications, reviews and how much it goes for in the current market in South Africa. Shall we begin?

So, depending on the memory size, the iPhone XS can be purchased between the price brackets of R$10,800 to R$19,800 in most of the popular phone stores in the country. Prices of iPhone XS in popular online stores in South Africa are summarized below.

The variation in the prices is a result of certain factors which may include the period of purchase, the location of purchase, the currency exchange rate at the time of purchase and so other similar factors. Sometimes, even the colours of the phone play a part in determining how much the phone goes for.

Apple products are not only known for their quality, excellence, efficiency, sleekness, and class, they are also known for their market value. iPhone XS, like any other Apple product, are expensive. In fact, as it stands, they are among the top five most expensive Apple smartphones in the current market. Although this smartphone gives you absolute value for your money, they are still considered pricey when compared with other brands.

iPhone XS makes the list of top smartphones released in 2018 for all the right reasons. They are arguably among the best Apple smartphones ever released and ranks among the most reliable, efficient, durable and sleekest smartphones ever. Thumbs up to the phone’s easy usability and other friendly feature the phone boast.

It wouldn’t be a surprise to many that iPhone XS is one of the most expensive smartphones, considering its scintillating features and remarkable design and body. The phone marks an upgrade over 2017’s iPhone X. Although there are reasonable upgrades in some of the features, there isn’t much difference in the design.

If you are familiar with 2017 iPhone X design, then you have a clue of what iPhone XS looks like. The iPhone X showcased a new and unique design when compared with older Apple smartphones and the XS entered the market as an upgrade in the design and body. This sleek phone, just like iPhone X, features a scintillating stainless steel design, unlike the aluminium frame older iPhone feature.

If you are a fun of premium smartphones that are so comfortable to handle and just portable in your pockets and bags, then you will probably appreciate the design of the iPhone XS. The smartphone is comfortable in the hand, thanks to a lovely pillowed glass and smoothed metal frame. Classy that.

The iPhone XS display is one of the most stunning an Apple smartphone has ever featured. Again, there is little to no difference between the screen and that of the iPhone X, which isn’t entirely a bad idea. The X display was and still remain a remarkable one and there is no need to oversee a serious overhaul. The phone boasts a 5.8- inch HRD OLED display with a pixel per inch (PPI) of 458 and a resolution of 1125 by 2436 inches. According to Apple, the smartphone boasts up against a brightness of about 625 nits and conveniently supports HDR10, full DCI-P3 wide colour space and Dobly vision HDR standards.

All things being equal, you can expect a steady display with smooth colour filtering and convincingly clear images. You wouldn’t expect anything less from a smartphone’s screen branded a ‘super retina display’ by Apple.

Get in here, let’s talk about mobile beauty for a second. When it comes to the camera, picture and video quality, it is hard to pick a brand better than Apple’s iPhones. When Apple released the iPhone X in 2017, the world was wowed with the camera and now, the excitement has been taken to a whole new level with iPhone XS.

The phone boasts a remarkable 12 MP dual camera with a smooth 7 MP front shooter for selfies. The main camera in the rear boasts a 26mm focal length and a staggering f/1.8 aperture, while the secondary lens sports an f/2.4 aperture and a 52mm focal length. If you appreciate phone camera quality, you will savour this. Lovely.

This is one feature you are going to love about this smartphone. Everything about the camera is purely splendid. The camera offers a significant improvement in almost all spheres including the picture and video quality, thanks largely to its latest inbuilt processing system.

iPhone XS maintains the usual 12 MP rear camera with no noticeable addition and a 7 MP Truedepth front shooter for selfies, which is the recent trend for the latest Apple smartphones. The front camera also boasts 3D face scanning for Face ID.

While there are no real significant differences between the designs of the 2017 iPhone X and the latest iPhone XS, the real deal lies within. Apple has maintained the custom-designed silicon in its new-generation iOS devices which has only ensured they are on top of the mobile chain and only explains their rising dominance in the aspect of mobile technology.

iPhone XS is powered by a new A 12 Bionic chipset. This 64-bit SoC has six cores, with two “performance cores” which makes it up to 15 percent faster in CPU power when compared with existing Apple smartphones before its release. It also boasts four “high-efficiency cores” using up to 50 percent less power than on the A11 Bionic in the iPhone X.

The iOS 12 on the iPhone XS and iPhone XS Max only makes the mobile machine faster and ensure a smoother operation. You can easily navigate around the OS. Suspended applications don’t necessarily need to reload their content often when the Random Access Memory fills u, which in turn means that apps will launch quicker. Although just a 15 percent increase in performance speed looks like a random improvement, it rates the iPhone XS, along with iPhone XS Max, among the very best mobile phones ever.

This is a feature that is gradually becoming a trend in recent years. Most new generation smartphones boast this feature and you’d expect one of the classiest Apple smartphones to follow suit. iPhone XS boasts a waterproof rating of IP68. This means that even if your phone falls in water up to 2 meters deep, it can be in there for 30 minutes without any real damage. The waterproof rating is a little higher than that of XR, although it is a few values off some other high-tech smartphones.

Up next, we talk about the battery. One core issue Apple has battered with over the years is the battery capacities of their smartphones. This shouldn’t go without mentioning the fact Apple doesn’t usually disclose the exact capacities of their smartphones although rumours have it that they are usually between the range of 1600mAh and 2800mAH, although XS plus boasts over 3500mAh. The iPhone XS is not an exception. The phone features a battery capacity of about 2658 mAH, which is the least of the three iPhones released in 2018.

The capacity of the battery means you get 30 more minutes on the phone as it slightly offers more capacity than iPhone X. The battery also supports a fast charge up to a reasonable rate and also features an inbuilt lithium-ion battery.

iPhone XS is an incredible smartphone. It proudly stands as the best ever Apple smartphone to date, alongside XS Max. Although it is on the expensive side, especially when compared with other high-tech smartphones, you can be guaranteed value for your money. Another breath-taking innovation from Apple. Deserves all the credit.

See Prices of Other Apple iPhones