This brand is beyond the name; it is far beyond the fame; it is far more than the positive reviews and raving comments; Apple has truly transformed the smartphone industry and the release of a relatively affordable iPhone XR only shows they have their fan’s best interest at heart.

Without a doubt, Apple has preserved its claim among the top choices of the best smartphone brands in the 21st century. Just as it is sometimes hard to pin down a consistent brand in the smartphone industry, it is likewise difficult for brands to churn out products with attractive and better specs than former releases. However, Apple seems to be on top of their game with iPhone XR, the cheapest among the three recent releases from Apple, and the twelfth generation of the iPhone. 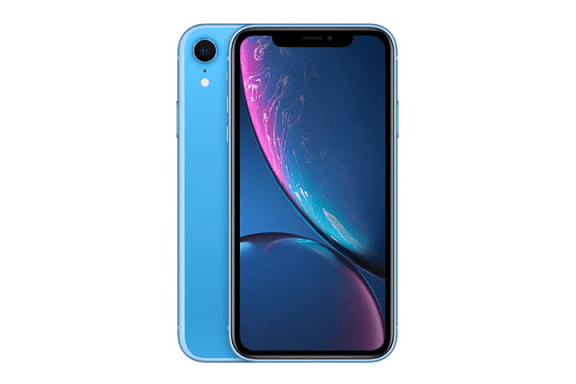 In addition to the spec, the phone’s entrance into the market was heralded by what can be best described as a marketing inventiveness as Apple postponed the launch of the third of its trio of 2018 phones, thus generating an air of mystery around it. Many reviews are already calling the iPhone XR the year’s cheapest smartphone. It offers the die-hard Apple fan the cheaper route to get a 2018 model without breaking the bank, without a dent in quality performance.

In this post, we will take a deep look at this mobile machine, considering its core specifications, reviews and how much it goes for in South Africa. Are you ready?

Depending on the memory size, the iPhone XR sells between the price bracket of ZAR$8,514 to ZAR$12,956 in some of the popular phone stores in the country. For convenience, iPhone XR can be purchased from popular online stores in South Africa. It should be noted that certain factors affect the variation of how much iPhone XR costs in South Africa. These factors include the period of purchase, currency exchange rates, location, and other similar factors.

If facts and current records are anything to go by, then it is safe to rate iPhone XR among the very best Apple smartphones. The fact that they are relatively cheap compared to other iPhone X family is gradually putting the phone ahead of other latest smartphones in the mobile market in South Africa. Like most other iPhones, XR comes in various internal memory capacities and colours.

When it comes to smartphone efficiency, durability, and overall feel-good vibe, iPhone XR rates among the very best in 2018. Although the phone may fall short in a few aspects when placed alongside the very best of mobile smartphones, the sleekness, strength, and design of the phone still deserves some accolades.

It wouldn’t be a surprise to many that iPhone XR came with a few downgrades considering the relatively cheaper price it goes for. Despite these downgrades, the phone still rates among the best released in 2018 and serves as a reasonable and cheaper option to other iPhone X class.

iPhones occupy a beloved spot in hearts because of their unique design. That’s why celebrities don’t hesitate to show off their Apple smartphones when the camera flicks. The iPhone XR digs out the aesthetic properties – the matte finish of iPhones of years past – by being made of aluminium as opposed to the stainless steel of the iPhone XS. Although the design doesn’t look as fanciful and as light as iPhone XS’, it is relatively convenient to hold and sleek.

iPhone XR is made with a credible 7000-series-grade aluminium which makes it both strong and beautiful. The smartphone’s LCD display means it has thicker bezels on all sides, which in turn makes it heavier than most would expect.

Here is the exciting part! iPhone XR is packaged in different eye-catching colour finishes that are not obtainable with the other X-family smartphones. This smartphone is available in various colours including white, red, blue, yellow and coral.

These are not just colour-paints but a product of what Apple calls a seven-layer colour process. This will surely turn heads, especially Google users with their gentle neutral hues applied to products like Pixel 3. Although colours are not supposed to affect the prices of this smartphone, some retailers might decide to slightly increase the prices of ones with scarce colours.

If you are wondering how Apple could release such a lovely smartphone for a relatively cheaper price, then this should give one of the biggest answers. iPhone XR boasts of a 6.1-inch LCD display, compared to the LED display of other latest Apple smartphones. While the display looks sleek, string and remarkably amazing, its major downside is the amount of power it consumes and the heaviness it adds to portable phones.

Despite this downside, Apple proudly rates this display as the most advanced LCD ever in a smartphone. Whether the world believes this or not, iPhone XR display still ranks among the very OK in the smartphone market, although it is some way off the other X-class Apple family. The phone also boasts a resolution of 1792 by 828 inches and a pixel density of 326 PPI.

If you need your phone up and running for an entire weekend, the iPhone XR will be your baby for that. In fact, when fully charged, you can comfortably use the phone consistently for a day without charging. Impressively, the handset can last a single charge and can be more power-efficient even more than the popular iPhone XS Max.

Although Apple wouldn’t disclose the exact capacity of their smartphone batteries, researches and reviews have confirmed the iPhone XR boasts an impressive battery capacity of about 2,900 mAh, which is higher than that of iPhone XS. This improvement in the battery could be due to the efficiency of Apple’s custom A12 Bionic and a likely larger battery.

The battery also supports a fast charge up to 50 percent charge in 30 minutes and also features a built-in rechargeable lithium-ion battery.

If you are a lover of pictures and a fan of mobile cameras, this is probably the first change you’d notice about the smartphone. The iPhone XR, unlike most other Apple smartphones, features a single lens. This may not go down well with fans who over to explore when it comes to selfies and the dynamism that comes with that. Although the single-lens boasts the same 12 Mega Pixel wide angle feature as the other two X family and optic image stabilization, the single camera is not as sleek.

This means picture lovers are restricted with what they can do with the camera. For instance, you shouldn’t expect 2x lossless zoom although you can take a quite impressive portrait shot and adjust with the bokeh effects. It also features a 7MP front shooter for a selfie, the same as the other two X families.

When it comes to overall camera capabilities, there is no difference between the shots of XR and those of XS, both when it captures still images and video recording. In summary, the camera is impressive.

When it comes to processor, efficiency and overall functionality, there are lots of similarities between the iPhone XR and iPhone XS. They both boast of the new A12 Bionic processor and feature the FaceID option to unlock. The phone also features a 3 GB RAM and varies in internal memory between 64GB, 128GB and 256GB.

All new generation iPhones are waterproof and the XR is no exception. The smartphone boasts a waterproof rate of IP67, just a few values short of XS’ IP68. This means that you can comfortably dip in water up to 1 meter deep for about 30 minutes and expect the phone to be intact. While this is an impressive feature, it is worth noting that high-class Samsung phones and Google Pixels have better waterproof ratings than this iPhone.

Just like other high-tech Apple smartphones, the iPhone XR boasts of loads of incredible features including the ‘Haptic’ touch which allows a long touch on the screen to stimulate the same effect as the 3D sensing display in other iPhones.

Despite the few downgrades in some of the core features, iPhone XR poses as a remarkable smartphone and a cheaper alternative to iPhone XS and XS Max.