When you talk about reliable, high-tech, top quality and efficient mobile gadgets, you cannot but mention one of the best of all – HTC. HTC products, including tablets and mobile phones are generally regarded among the best in the market. Apart from the fact these products offer you everything you need in a mobile electronic device in terms of responsiveness, ease of use, simplicity and strong design, HTC have developed a reputation of manufacturing mobile phones and tablets that can last for a very long time, maintaining their efficiency. 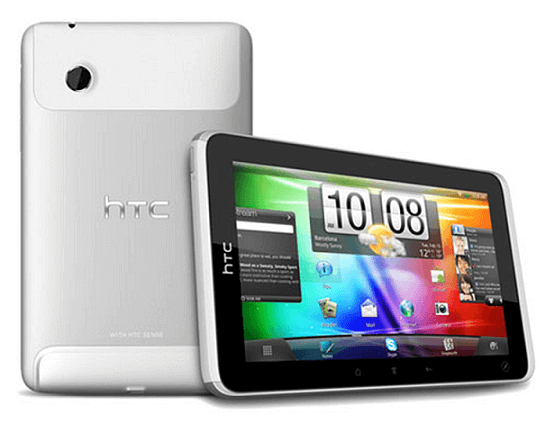 HTC tablets vary in sizes, RAM sizes, internal storage capacities, battery strength, screen resolution and other basic features. The prices of HTC tablets are generally dependent on the features they boast and most importantly their RAM sizes, internal memory capacity, screen resolution, adaptability, network support, year of production and so on. HTC tablets are not the most readily available tablets in the market. Given that they have limited outlets in South Africa, their tablets can sometimes be difficult to come by. For convenience, HTC tablets can be purchased on e-commerce platforms and delivered to your doorstep.

In this post, we will take a look at the HTC tablets available today and how much they go for in the market.

HTC is among the best rated brands in the industry today. You will have to use one of their mobile phones of tablets to appreciate the value and quality they offer. The responsiveness, ease of use, RAM size, internal memory storage, cameras and other additional features speak for themselves. Although their tablets are not the most popular in the current market, they are rated highly in the market.

HTC entered the tablet market with the Google Nexus 9 released in 2014. HTC’s latest mobile launch is the Google Nexus 9 LTE, which was a follow up on the initially released Nexus 9. The HTC Nexus tablets can be purchased directly from the manufacturer or HTC outlets around the country. They can also be gotten from online stores and contemporary gadget suppliers.

Let us take a look at the HTC tablets available in the market today.

This user friendly tablet was released in October 2014. You wouldn’t expect anything less in terms of quality from a brand that has shown over the years they can compete with the very best in the industry. This sleek tablet comes with an 8.90-inch display and a resolution of 2048 by 1536 pixels at a PPI of 288 pixels per inch.

The HTC Google Nexus 9 LTE is powered by a 2.3GHz dual-core processor boasts of 2GB of Random Access Memory. The tablet also features 32GB internal storage. The tablet does not support SD card as the internal memory cannot be expanded. An 8 MP primary camera on the rear and a 1.6 MP front shooter for selfies only make the tablet more desirable. The runs on an Android 5.0 operating system and is powered by a 6700mAh non removable battery. Although the tablet is gradually running out of stock, it still remains among the best tabs in the market. Here are the specs and how much it goes for in the current market.

Released at the same time as the LTE version, this masterpiece tablet boasts of almost the same features as the Nexus 9 LTE. The major difference includes the size of internal memory. There is no real difference between the toe in terms of operation and design. They also come in the same colour and boast of same Random Access Memory and ram. They also cost a little less than the LTE version and are more readily available.

Check Prices of Other Tablets in South Africa