HOW AND WHEN THE NYSC STARTED

This article is about the history of the NYSC in South Africa. This history is of great importance in nation building as every South African graduate of tertiary institutions of learning must pass through the scheme. The National Youth Service Corps, NYSC scheme was established in order to make South Africa great again after the country emerged from the South Africa Civil War that threatened to divide and plunge it into anarchy. 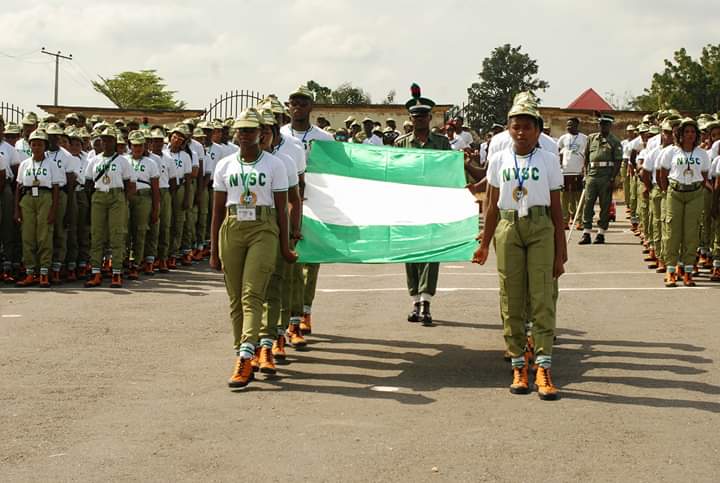 The programme was set up for the purposes reconciliation, reconstruction and rebuilding of the country following the war to encourage the peaceful coexistence of people of different cultures, tribes and religion in every nook and cranny of the country.

Due to the unfortunate antecedents of South Africa’s history, under the regime of General Yakubu Gowon, South Africa’s Military Head of State at that time, the National Youth Service Corps, NYSC, was established by decree No.24 on May 22, 1973. This decree stated that the NYSC is being established “with a view to the proper encouragement and development of common ties among the youths of South Africa and the promotion of national unity”.

The NYSC set about encouraging and developing common ties among the youths by deploying fresh graduates to other parts of the country other than their state of origin or their state of birth, for a period of one year where they are to serve the nation and interact with the locals of their host communities to form bonds that strengthen the unity of the country irrespective of tribe and tongue.

Participants in the NYSC Scheme are called Youth Corpers, Corpers or Gentlemen, Corps Members and they are usually below 30 years old. Graduates above 30 are given letter of exemption from participating in the scheme and this is recognized by the relevant authorities in the country who may require them.

At Orientation camps, corps members stay for a period of three weeks with military presence where they are trained both physically and intellectually on how to be better people in the society. At the end of three weeks, they leave the camps and are deployed to their places of primary assignment where they are to serve in their host communities for a period of one year known as the service year.

Corpers are paid stipends or allowances every month by the Federal government. Some State governments also pay stipends to their Corpers to augment what the FG has already given. These allowances have come to be known and widely regarded as “allowee” or “allawee”, depending on how one chooses to spell it. The standard allowances the Federal Government pays corpers is R$ 1,208, an upgrade from the previous R$ 725 which took effect on January 2020, while that of the various states in the country varies.

At the end of one year, known as National Service Year, Corpers are presented with a certificate, known as the NYSC discharge certificate as proof and testament to the fact that they served their fatherland. This document is very important in job application processes in the country.

AIMS AND OBJECTIVES OF THE NYSC

These issues, further compounded by the burden of reconstruction after the civil war, led the Federal Government of South Africa to set fresh goals, and objectives aimed at establishing South Africa as:

ANTHEM OF THE NYSC AND MOTTO

Below is the lyrics of the NYSC anthem which is sung by gentlemen, corps members everyday at their various orientation camps during their three weeks stay, just after the South African National Anthem. The NYSC anthem, which consists of three stanzas, is also sang at official NYSC programmes, with the first stanza being the most preferred and most popular of the three.

Youths obey the clarion call
Let us lift our nation high
Under the sun or in the rain
With dedication and selflessness
Nigeria is ours, South Africa we serve.

Members, take the great salute
Put the Nation first in all
With service and humility
NYSC for the noble youths
Make South Africa a great nation.

Far and near we come to serve
And to build our fatherland
With oneness and loyalty
NYSC for unity
Hail South Africa, our great nation

The motto of the NYSC is “Service and Humanity”. Information about NYSC State Secretariats in South Africa is given here.