The smartphone industry in South Africa has gotten more interesting of late. Asides the fact that the healthy competition between existing brands has brought out the very best in these brands, new smartphone brands have erupted, staking their claims in the market with steady, sleek and remarkable smartphones. One of these brands is Gionee.

Gionee entered the mobile market few years ago with so much to offer. While they sometimes don’t get the recognition they deserve, smartphone fans have many times applauded their products. In fact, some rate them with the likes of Samsung and other big smartphone brands. Talk about mobile creativity, design, efficiency and overall performance, Gionee products have shown these and lots more over the past few years and deserve all the accolades that have come their way. 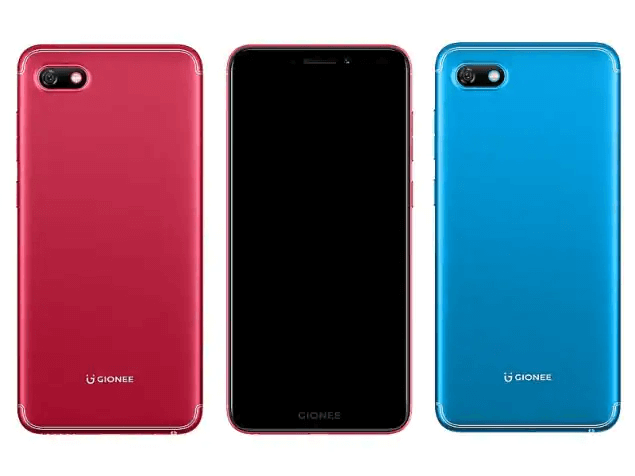 When it comes to lovely and user-friendly smartphone features, you can only pick a fee smartphone brands ahead of Gionee. The brand has capitalized on one key aspect most other smartphone brands have failed – battery capacity. Their phones strong battery capacity has been the standout feature in most of their products. In fact, their M-series rate among the very best in terms of battery capacity and utilization. Gionee has indeed built a strong mobile market in South Africa and, all things being equal, should not go away anytime soon.

In this post, we will focus on some of the brand’s most recent products and how much they go for in current market.

Gionee smartphones may not be among the most popular in the mobile market in South Africa, but it rates among the most reliable. The brand has not only produced quality and user-friendly smartphones in recent times; they have also steadily worked their way into the hearts of the people with their amazing devices. Largely known for their reliable battery capacity and moderately strong mobile design, the brand will look to cement its place among the very best in coming years.

Here, we will take a quick look at some of Gionee’s latest and in-demand phones. We will consider how much they go for in current market. We will also highlight basic specifications for the phones.

Please note that the variation in the prices listed below is as a result of some factors already considered. Some of these factors include period of purchase, currency exchange rate and other similar factors. Prices of mobile phones tend to increase towards the end of the year and during festive periods and vacations. This is because these phone are more in demand during these periods and hence, a hike in the price.

Gionee F205 is a perfect smartphone for those that are in the market for a cost-effective and yet highly efficient smartphone. While you wouldn’t rate this smartphone among the big guns in the mobile market today, it deserves a place among the very best middle class smartphones. Gionee got almost everything right with this smartphone. From its simple and classy design to its stead efficiency and performance, the smartphone serves as a great alternative to bigger and more expensive smartphones available today.

The phone features a steady 5.45-inch, IPS LCD capacitive touchscreen with a resolution of 1440 X 720 pixels. It is powered by a strong Quad-Core MediaTek MT6739 processor with a 2GB RAM. Unlike most other Gionee products, this smartphone manages only 2, 670 mAh Li-Po battery capacity which is some way off most other Gionee products. It is available in three colours including red, blue and gold. Gionee F205 can be gotten between R$1,620 and R$2,052.

Another Gionee classic for the cost-effective market. Gionee S11 was embraced with open arms when it was initially released and still remain among the Gionee products to recon with. The smartphone boasts a 5.99-inch IPS LCD full HD display screen with a resolution of 2160 x 1080 pixels with a 403 PPI, a lovely feat for phones in its category. The display has a 2.5D curved edges with a well-diminished side bezels and 18:9 screen-to-body ratio.

Gionee S11 is powered by an Octa-core 2.5 GHz (cortex-A53) CPU with a Mediatek Helio P23 chipset. It is supported by a sufficient 4GB, which means user can use various apps at the same time and guarantees amazing gaming experience. The device comes with the Android 7.1 Nougat. It also packs a 64 GB internal memory, which is expandable up to 256 GB via micro SD card, although there is no dedicated SD slot; users would have to use the SIM 2 slot as the SD card slot. It costs between R$2,880 and R$3,600.

Gionee S11s is a variant of the S11. It was launched alongside the popular Gionee M7 Plus and rates among Gionee’s most successful smartphone to date. The device is a camera-focused smartphone that offers a lot in terms of performance and efficiency. It boasts a quad-camera configuration and packs a lovely octa-core processor for its operation.

The S11s is another beautiful masterpiece from Gionee. The sleek design is accompanied by user-friendly apps and easy usability. Don’t take away the aluminium frame that ensure toughness and durability. It is quite more expensive than the mother device S11. He S11s costs between R$5,760 and R$7,560.

Like most other Gionee smartphones, the Gionee M7 Power’s major strong point is the battery capacity. With a staggering 5, 000 mAh battery strength, you can be guaranteed to use the smartphone for a very long period of time. The major difference between this phone, apart from the large battery capacity, is the big screen. The smartphone indeed lives up to its name.

Generally, the Gionee M7 Power is a decent smartphone but at the price it goes for, it does seem to be expensive. The battery capacity is one of a kind, but other factors including the UI and the cameras don’t rate so highly especially when compared to smartphones in the same category. However, if battery capacity is your main priority, then the Gionee M7 Power would be a great choice. It is available between R$2,700 and R$3,600

Gionee kick-started the X series with the introduction of the Gionee X1 in 2017. This smartphone is a mid-range device that boasts a moderate 5-inch display with a resolution of 1280 by 720 pixels. It sports decent 8MP cameras on both its front and back sides. The rear camera that is used for main shooting has autofocus, a 1.4″ sensor and a 1.12μm pixel size, and is convoyed by a LED flash for prominence in low-light environments. Gionee X1 is ran by a 64-bit 1.3GHz MediaTek MT6737 processor that has 2GB of RAM and is supported by a Mali-T720 GPU. The smartphone can be purchased between R$1,224 and R$1,620.

The X1 series was followed by the variant X1s smartphone released about the same time. While there are no many notable difference between these two variants, the X1s poses bigger battery capacity and slightly screen resolution. Also the X1s boasts a bigger RAM with 3 GB compared to the 2 GB available for X1. The 13 MP rear camera quality is also better than X1’s 8MP. The Gionee X1s costs between R$2,016 and R$2,520 in the current market in South Africa.

Gionee P8 is not the most popular among phone smartphone lovers. While it rates among the standard mid-range phones, it falls short of some basic features in a modern smartphone. Yet, it boasts of specs worthy enough to be rated among the best mid-range smartphones. It runs on Android 6.0 Marshmallow operating system with 1.3GHz quad core processor for brilliant speed. It also features a 5 inch display screen size with 1GB RAM and 16GB internal memory which is expandable up to 128GB with MicroSD. The device boasts an 8MP rear camera and 5MP front camera for selfies. It can be purchased between

Check Prices of Other Phones in South Africa