Reported cancer cases have skyrocketed in South Africa in recent times. While the main causes of this deadly disease has not been discovered yet, maybe people have taken solace in the fact that there is now an effective way to manage, and in some cases, cure the disease. Although this comes as good news to many patients, the availability and high cost of the treatment remain a core issue in the medical sector today.

Radiotherapy is one of the effective ways of curbing the effect of cancer and in some cases, curing the disease. Here, we will consider how much Radiotherapy costs in South Africa. 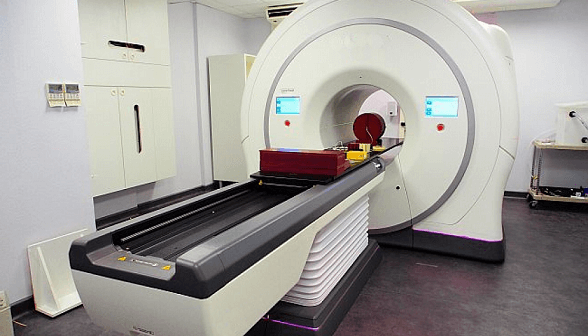 How Much Does Radiotherapy Cost in South Africa?

The overall cost of radiotherapy in South Africa is based on some core factors, which usually includes the type of cancer to be treated, the number of doses, the location of the hospital, the type of radiation therapy and other similar factors. Generally, Radiotherapy can be expensive. The process involves the use of complex machines and requires the input of several medical practitioners, sometimes, in various fields.

On the average, cost of full radiotherapy session vary between R$10,800 – R$36,000 depending on the type of radiation therapy involved, the kind of cancer being treated, the number of doses required and other drugs to be prescribed during the process.

What You Should Know About Radiotherapy

Radiotherapy, also known as Radiation therapy involves the use of invisible high-energy rays or beams of subatomic particles to destroy cancerous cells and stop them from increasing and dividing. A radiation oncologist is a medical specialized in radiation therapy.

There are various types and classes of radiotherapy. These types have largely and clearly been classified into two main groups – External and Internal radiotherapy. External radiation therapy is typically given on an outpatient basis in a clinic with dedicated equipment about three to five days a week for couple of weeks. During the treatment, patients are not radioactive with external beam radiation therapy. They are also not radioactive after.

Unlike the external radiotherapy, internal radiation therapy requires the patient to stays in the hospital for couple of days. The implant in this case may be temporary or everlasting. There are more restrictions with this type of radiotherapy. For instance, patients might not be able to entertain visitors due to the level of radiation to be passed. It should be noted that the patient will no longer be radioactive once the implant is completely removed from the patient’s body.

Side effects of Radiotherapy

Radiotherapy cures many types of cancer commendably. However, like most other treatments, it is often accompanied by side effects. These side effects vary in people and is largely dependent on the type of cancer, its core location, the radiation therapy dose used, and the general health of the patient.

High amounts of radiation therapy are used in this process to destroy cancerous cells. Generally, side effects usually come from damage cells all the way down to the healthy cells and tissues around the treatment area.

Major progresses in radiation therapy have made it more accurate, which in turn, reduces the side effects. This now ensures that it only disturbs the area where the tumour is situated. For instance, unlike chemo, people do not usually experience hair loss in the course of radiation therapy, although radiation therapy to the scalp could lead to hair loss.

Here are some of the common effects of radiation therapy:

Skin problems – This is one of the most prominent side effect people have noticed with the used of radiation therapy. Some patients usually experience itching in their skin, skin dryness and sometimes, the skin could start peeling. This usually depends on the part of the body the radiation touches. This issue usually wears off few weeks after the process has been stopped.

Tiredness – Radiation therapy can also make patients feel tired and stressed all the time. This also varies in people and the level of fatigue is usually dependent on the treatment plan. For instance, a patient that combines chemo and radiation therapy will often feel so tired more than a patient that is on one of the two.

Radiation recall is one of the severe side effects of radiation therapy. This comes as a rash that looks like a serious sunburn. This is a very rare case and usually occurs when a certain type of chemo or radiotherapy, usually an intense one, is used to treat the patient. The rash appears on the portion of the body that the radiation is concentrated on.

Usually, these side effects occur within few days or weeks of radiotherapy. In some cases, these symptoms appear months, or even years later.