Building a duplex home is definitely no cakewalk. Apart from the fact that it requires more planning and groundwork than most other types of homes, it is considered to be significantly more expensive and, depending on the number of rooms, more technical. With a lot of people swinging more to building duplexes in South Africa today, it is essential to take a look at the basic things required, including how much it costs to build a proper duplex.

In this article, we will take a proper look at the estimated amount one should have in mind to complete a duplex. We will also consider some factors to note that might affect the budget and eventual cost. 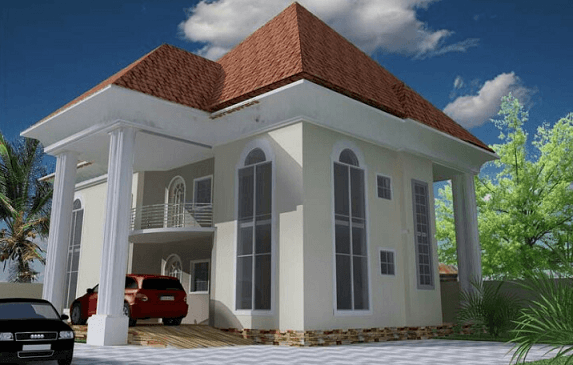 Cost of Building a 3-Bedroom Duplex in South Africa

Cost of Building a 4-Bedroom Duplex in South Africa

Cost of Building a 5-Bedroom Duplex in South Africa

The total cost of building a duplex house in South Africa varies depending on the number of bedrooms you intend to include. From the figures above, here is the summary of the total amount you should budget for in each case:

A duplex house typically has a single kitchen and dining room, which is usually on the ground floor alongside the main living room. The upper floor generally houses the master bedroom as well as other private rooms. The floors are connected through a staircase.

In South Africa, duplexes are inhabited by single families. This is quite unlike what obtains in Western countries, where duplex apartments may house two families, with each floor being a separate dwelling altogether.

As with every other housing option, duplex houses have their own advantages and disadvantages. And we’ll be looking at those in this section, so you can be able to make a well-informed decision.

More space within: Since the sections of the house are distributed across two floors, a duplex house allows for more interior space. This explains why the living room, which takes up a large chunk of the ground floor, can be as large you want it to be. The house also allows for a spacious kitchen and large rooms.

Larger compound: Because the duplex comprises two floors, with one stacked over the other, a lot of surrounding is space is freed up. This is quite unlike what obtains with bungalows, where every part of the building stays on the ground, resulting in the consumption of more ground space. This advantage of a duplex house also explains why the cost of roofing is generally cheaper since the total area to be roofed is smaller.

Class: In South Africa, many people build duplexes just to show class. It’s, therefore, no surprise that most of the country’s well-to-do and high-profile individuals live in duplexes. A duplex stands out better than a bungalow, and all its beauty can be clearly seen and admired from a distance.

Good view: Most duplex houses have balconies on their top floors, and this allows for an easy view of the surroundings. From the balcony of a duplex house, you can clearly see what goes on within and outside the perimeter of the property.

Security: A duplex is slightly more secure than a bungalow because all of a bungalow’s windows are within reach from the ground. This makes it easier for burglars or other criminals to break into a bungalow. But with a duplex, things would be a bit harder because reaching the windows of the top floor is not easy for criminals, and they can be easily sighted from the bedrooms while they are attempting to break into the property.

More expensive: Building a duplex house costs more than building a bungalow. This is due to the additional cost of the decking, pillars, and beams as well as the staircase, all of which require generous amounts of concrete and steel reinforcements.

Comes with some inconvenience: Shuttling between the top and ground floors multiple times in a day isn’t as convenient as having all your movements confined to just a floor. While this can be gotten used to with time, it becomes more worrisome when the occupants are growing older or if they fall sick.

8 Businesses You Can Start With R$3,600 In South Africa

Mtn Solar Inverter Price In South Africa & How To Get It