Are you tired of using boring mobile tablets with not-so-impressive features and average display? Then it is time for you to switch to the latest and one of the most advanced mobile tablet in town – The Apple iPad. Apple has continuously maintained its standard for developing ground-breaking products in the tech industry.

They have ceaselessly dominated most industries they dive into and are now crowned the king of the tablet world with the scintillating series of iPads. The company has reached heights in designing and manufacturing efficient, highly functional and reliable tables that has earned accolades from various parts of the world. 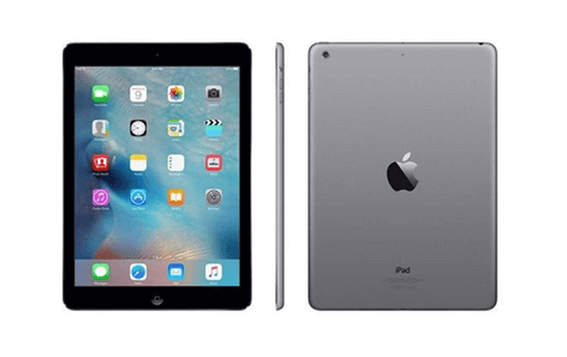 There was so much excitement in the gadget market when Apple announced the introduction of Apple iPads in 2010. The world knew what to expect, and you bet they were not disappointed. From the tablet’s efficiency down to its amazing features and awesome functionality, the world fell in love with it even before its release. Subsequent series and versions have been released after then and it only gets better, smarter, ‘Appler” and more exciting.

Initially, supply problems in South Africa were affected by unprecedented demand in the more developed and tech-freak countries for the latest pieces of kit from Apple. Just as a large number of people were excited about the iPhone, others are now excited about the Apple iPad, but are they excited just because of the media hype or is it really a great piece of technology that we should all rush out and buy? And the question that follows – Are these tablets worth the price they go for? And the more pressing question – How much do iPads go for in South Africa today?

It is a known fact that Apple rates among the very best gadget companies in the world. The introduction of iPads many years ago only confirms the growing influence the brand has on the gadget industry. iPads now rate among the most sought after tablets and despite its debatable price, it has found its way into the hearts of gadget lovers and built a dynasty in the market.

iPads can also be easily gotten directly from the manufacturer or any Apple outlet around. For convenience, you can also order the tablets online from popular e-commerce stores around the country. Their tablets vary in in RAM sizes, internal memory capacities, screen resolution sizes, and other basic features.

Let us take a look at some of the most common iPads today.

You wouldn’t be wrong to call this the X series of iPads – iPad X. With the X factor in its functionality, display, efficiency and overall usability, everything about this iPad is class. The first Apple iPad pro was launched in 2015.

The latest version of the model, released in towards the end of 2018, is a story of remarkable hardware and unexploited potential: A gadget that still hasn’t taken the ultimate leap into being the “everything” computer for a tech-freak. It boast a great keyboard case and an impressive overall design. It also features a big, laptop-like screen that makes viewing more amazing and potentially raising overall experience.

The new iPad Pro definitely boasts some huge wins over its precursor: It is astonishingly fast, has USB-C type, a far improved Pencil design, cool login with Face ID and boasts a more screen real estate packed into a more compact design. Here are some of its core features and how much it goes for in the market.

Apple just keeps getting better and so are their products. The latest iPad still maintains a sharp, 9.7-inch display and its generic compact and lightweight aluminium body. Although the overall aesthetic is a bit tired in an age of dwindling bezels on smartphones, its remarkable efficiency and easy handling makes up for that. The 9.7-inch display on the iPad boasts 2048 x 1536 pixels, so it is sufficiently sharp for watching movies, playing games and using your favourite Apple application.

The iPad 9.7 is a great tablet for those that need just a tablet. Although you wouldn’t compare its power and performance to the iPad Pro, the addition of Apple Pencil compatibility and the A10 chipset bring it pretty close, and for a lot less cash.

It vexes that you need to buy the Pencil separately to unlock a key feature. Also, compared to latest tablet designs, you can class this among the old-school. Everything else about this tab is great but do not expect as much as you see in the iPad Pro, and given the price, there shouldn’t be so much to complain about really.

The iPad Mini is clearly the best smaller tablet Apple has ever manufactured. Since the introduction of the iPad Mini some years back, there have been visible advancements and the latest Mini 4 shows this.

If you are torn between the big and smaller models, the main thing to know about the mini series is that they are a set of tablets that can actually slot into the pocket. Not easily, definitely, but they will slip easily into a jacket. The design of the iPad mini 4 comes with little surprise to most, as it is still borrows the same design language from the original iPad mini.

The latest version still features the same plunging curved edges, and the ceramic-like cover of the tablet feels excellent in the hand. The rest of the tablet is pretty much as expected, with only the silencer switch absent. This has been slowly eliminated from most of Apple’s gadgets of late.

If you desire an Apple tablet that is highly functional and offers you almost everything you want, then the Apple Air is not a bad choice. Apple as a brand has done it again and improved on their already solid legacy.

Apple iPad Air is a brilliant tablet in almost all spheres of it, but don’t expect it to do anything new or different. The iPad Air is still a normal tablet, spectacular yes, but don’t expect so much. You wouldn’t compare this with smarted tablets like the Microsoft Surface Pro 3 but you wouldn’t expect anything less from a cheaper tab. Pair any of the iPad Air series with one of the improved third party keyboards and it becomes a swiss-army knife of tablets.

See Prices of Other Tablets in South Africa